So do I. This is my Monday buddie, because I need all the energy I can get to face the week.

This is my exact facial expression all through the day as I type away on my keyboard. No wonder no one bothers me the whole day.

Have a Super week everyone … pun intended 😛

Don’t you hate it when you think you’ve dodged a bullet only to find you’ve been slashed in the rib-cage instead?

Or maybe this just happens to me -_-

Spring is just around the corner; seriously it’s so close I can smell it.

I was secretly (because I didn’t want to jinx it. A fat load of good that did me) thrilled that I had managed to remain flu free this entire cold, harsh winter season but alas, the nasty bugger took me down last Saturday.

It’s so severe that ten days later, it’s still sinking its molars into me. And to top it all off, I had the most bizarre dream last night.

I dreamt I was RPM-ing the entire day (on a spin bike people, on a spin bike) so naturally I woke up exhausted. I mean literally, completely effing brutally smashed. Why? Who does that universe, who?

I mean give me a break! I may have been able to forgive you if you’d just told me the name of that hot guy I was cycling next to but whatever. I would have just slobbered all over him anyway so the joke’s on you.

Well not really but I like it when I have the last say.

They say exercise is good for you …

I always knew there was a reason I didn’t believe them. 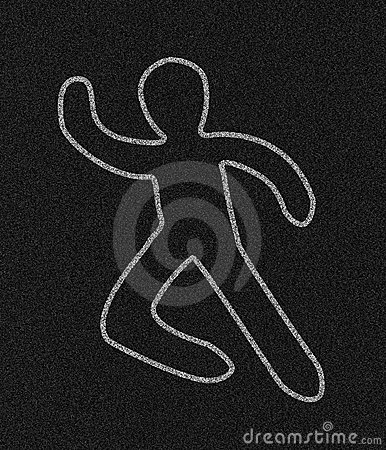 As a sidebar, at least my flexibility has improved.

Me after a workout … just before I was wheeled out of the gym. Thank goodness for going to a gym where (I just realised may be a sign), a lot of paramedics attend.

Why, pray tell, do you have this morbid aversion to common sense?

You know that you’re going to get my hips in trouble, you are also aware that you overwork yourself to the brink which means I need to visit my childhood dentist, Dr. Har into, well adulthood. And no, his limited English does not make it any more comfortable under that sickening drilling thingy as his eyebrows burrow and his piercing black eyes bore into me while he silently admonishes me for your poor decisions.

As much as my taste buds love you, it really is an unhealthy relationship, one that has been tumultuous and agonisingly torturous throughout the years. I wish the two of you would just have a clean break without the numerous tear jerking love letters going back and forth.

My enforced gym trips are not worth your existence. I did try to convince Dr Har to remove you but he shook his head like I was a lost cause (not entirely sure what that’s about). Anyway, please leave the rest of me alone … I beg you. My hips have a long way to go before they forget you entirely.

I have an ice cream craving right about now … damn you sweet tooth, damn you.

My vocabulary has been distilled down to four letters: D-I-E-T.

And no, it doesn’t stand for diet, though I am a little creeped out right about now seeing as I just realised Edit and Diet are made up of the same letters!

I hope it’s not a sign from the universe but considering I have been doing little more than sitting on my ‘you know what’ and editing the crap out of my novel, I’m going to bet the contents of my pocket it is.

Which, in case you’re wondering (because why wouldn’t you?) includes a worn out (literal meaning – pristine copy) of my exercise program, a half chewed/licked Violet Crumble and a recycled chewing gum.

I have no idea why no one ever wants to gamble with me.

I have been a very good girl today.

Woke up at 6:30 am and went for a walk in the rain and mist. Now it’s time for all of you to congratulate me on my superb achievement please 😛

On a more serious note, or at least as serious as I can be, there is something wonderfully romantic about walking in the fog and rain, wouldn’t you agree? Especially early in the morning, reminds you how lucky and amazing it is to be alive.

Have a wonderful weekend my beautiful peeps 🙂

I’m broken. I’m sure of it. It can be the only explanation for putting myself through the torturous ordeal of working out on a daily basis.

Apparently, pesky little endorphins are to blame, those minute satanic blips in my body that decided to pop out of nowhere, without any warning or requests for permissions to be present that I have unknowingly become addicted to.

So will someone please provide me with a fix for my fix? Of all the vices, who knew I would choose the treadmill for my drug of choice? That’s just lame -_-

Find what you’re looking for …